Posted by Richard Ansett at 10:55 No comments:


Posted by Richard Ansett at 01:51 No comments:

I Had a Dream


I drive through the Aylesbury Estate every week on the way to visit my boyfriend in Camberwell, it is considered one of the most notorious estates in the United Kingdom. In the 80's British Prime Minister Tony Blair chose to make his first speech here, to demonstrate that his government would care for the poorest elements of society and the estate is often used as a typical example of urban decay.

The estate, designed by architect Hans Peter Trenton in 1963, was an attempt by planners to house some of London's poorest families. The 2,700 dwellings were designed to house a population of roughly 10,000 residents, making it one of the largest public housing estates in Europe. Two thirds of residents are black or of a national minority heritage (Wikipedia).

The estate went through a period of decline in the 1980s and the area is still considered to be in the bottom category on the ACORN classification, signifying an area of extremely high social disadvantage.

I took these snaps as I passed by this empathic installation; I think it is the best public art in London and I cannot find any attribution to the artist. Pop down and check it out if you're a Londoner its on Thurlow Road. (See snapshots below).

The simple semantic shift from 'have' to 'had' is a reminder of defeated aspiration in all of us, as well as a call for vigilance against the inequality of opportunity. Although, this is a great piece of art, it doesn't have a responsibility to represent the area truthfully or fairly and many stories from the residents are of community and resilience. 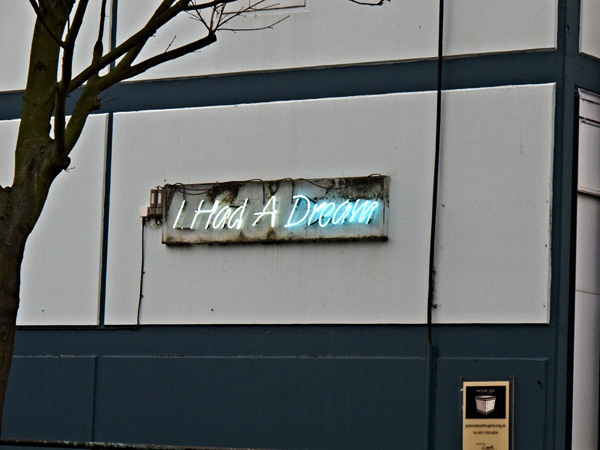 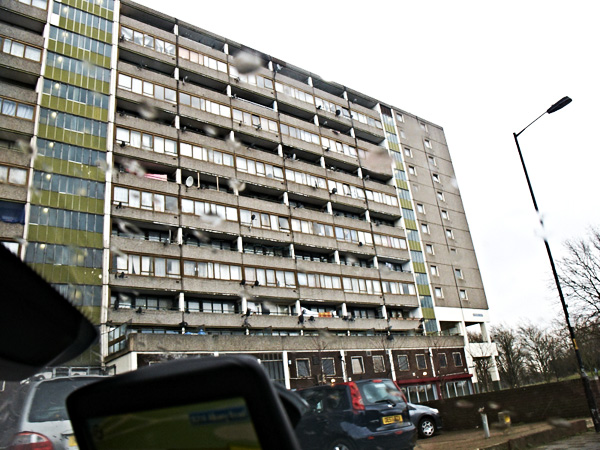 Facticity –that which resists explanation and interpretation. Facticity is something that already informs and has been taken up in existence, even if it is unnoticed or left unattended. As such; facticity is not something we come across and directly behold. In moods, for example, facticity has an enigmatic appearance, which involves both turning toward and away from it.

Acuity –the state of being aware, sensitive to.

The very nature of facuity is consciousness of the multiple frames of reference. It is the present realization of forces within and beyond awareness.

The content within the frame can be explored but it is its relationship to the external forces and an understanding of the presence of literal, philosophical, emotional and most importantly unknown elements that is the ‘Immediate’s’ facuity. The facticity of an object is the context of its existence regardless of any awareness of it; the facuity is the ‘awareness’. For example: if we are imprisoned with a frame of reference, we are incongruent and unable to objectify the meaning of that event. A continual awareness and exploration of their incongruence is an observer’s facuity.

An object or event can be viewed through an earthly frame of reference (up and horizontal plain). http://archive.org/details/frames_of_reference. Awareness of an alternative frame of reference may entirely alter the meaning of the same action; this challenges the notion of any concept of a shared universality of human existence. The reality of an action is altered by an acknowledgement of its facticity. Recognition of a lack of consciousness of all the frames of reference opens an event up to multiple interpretations at the same moment.

For example: emotions are not entirely relative to a conscious frame of reference in the same way that actions or objects are. An emotional experience may seem to be shared in a tangible way through a societal frame of reference but any individual response is entirely unique. An emotion is not equal to the concepts of competition and ownership but in an overtly capitalistic society commoditization has infected the unique emotional experience. To manage this form of emotional relativity or national schadenfreude, we have withdrawn into universes from where our emotions seem more comprehensible and ‘valuable’.

But what appears as ‘normal’ may in fact be an equivalent observation from within the same frame of reference; for example, one observing oneself. An alternative observation from an external position may appear different (although still entirely arbitrary).

This may seem obvious but perhaps only by exploring the complexity of the individual universe through an acceptance that understanding is relative (and therefore impossible) can a new form of societal empathy be realised.


http://en.wikipedia.org/wiki/Speculative_Realism
Posted by Richard Ansett at 16:58 No comments:

Here is a link to a new interview with Hunger Magazine a biannual of art and culture set up by photographer Rankin.

I photographed Rankin at his studio a couple of years ago for The Times. As the most well known, successful, commercial photographer of his generation with access to the most famous and recognisable faces in the world, it is interesting to approach a subject with that kind of calibre burned onto his retina. Of course, like a murderer, you cannot necessarily see the history of a person from how they look but there are always clues to our nature and Rankin's performance revealed his understanding of the power of the camera. That's the problem with photographers as subjects, they know too much but with him that was the point.

I personally hate being photographed, it feels like a huge risk trusting someone with my image and I refuse to be photographed even casually by friends on days out. There is a sense of karmic revenge for my objectification of others that has led me to be uncomfortable about my visual identity. I am less uncomfortable about a machine capturing my image (see Photo Me blog). Perhaps Rankin would make me look fabulous; I still don't think I would risk it.

During our time together he showed me one of his many scrapbooks and inside was a card of my image of 'Woman in Backyard with Rocking Horse' . After the session, he gave me one of his books signed with the sentiment, "Thanks for making me look thin." in hindsight a reference to my interest in obesity and perhaps relief that that was not the reason the Times sent me.

Thanks to Hunger Magazine for the interest.

Posted by Richard Ansett at 13:59 No comments: